admin Posted on December 30, 2016 Posted in Blog No Comments 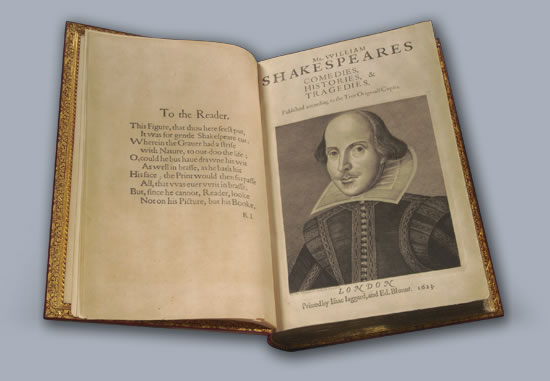 If you’ve ever browsed EBay or Craigslist, you’ve no doubt read a listing or two that made you wonder a bit. You know the listings we’re talking about “This item is a rare piece” “This piece belonged to a notable person” “This piece is haunted/possessed” “This vase is Ming Dynasty.” These claims are almost always heavily exaggerated if not outright lies. People want to make their items seem more interesting. They want to sell them for as much as possible. Who can blame them really? Well, we can. Provenance is a very serious word in the auction business. If you make a claim as to an item’s ownership, lineage or origin and you can’t back that claim up with solid proof; you can face serious legal issues.

Technically, even on EBay or Craigslist, if you are making a claim that an item is rare, very old or was once owned by a famous person, you are legally bound to prove it. In the auction world, that means that we often ask for corroborating evidence before we describe an item as rare, notable, of ancient origin and/or possessed. Now, we’ll admit, we haven’t run in to too many possessed items (our current count stands at zero). We have, however, been told many times that a piece is Ming Dynasty or a Warhol or once was owned by Hitler (!?!?!). These claims are hardly ever communicated to our bidders as they can’t be proved. We don’t mean to sound skeptical when grand claims come our way, but it is our reputation and possibly our licensure on the line should we mislead our bidders.

As a bidder, we’re sure you want to bid with confidence. You don’t want to second guess your auctioneer when he says that a piece is something. You simply want to bid and hopefully bring home a new treasure. We don’t blame you. We want that same level of honesty when we shop. Imagine what you would think if that Ming Dynasty vase had a sticky spot on the bottom where the “Made in China” or “Pier One” sticker once was. Imagine your anger if your new Warhol turned out to be a Jim Noname original. We know how we would feel. Where provenance is concerned you can’t be too careful.

I brought up a once owned by Hitler claim earlier. That stemmed mostly from an experience I had personally. I am neither a fan nor a collector of Nazi memorabilia. Once, I was at a flea market when I noticed a man selling a vast display case full of Nazi memorabilia. It seemed to me that a collection of that magnitude would be housed in a museum rather than for sale in the parking lot of a small flea market, so I asked the gentleman to show me a piece. He was pretty evasive about the whole affair which set off alarm bell #2. I pushed the issue not because I wanted the piece but because I felt the man was misleading the public. Lo and behold, the “Priceless” piece of history had a prominent “Made in China” sticker affixed to its back. Now, you don’t need to be a historian to know that China wasn’t supplying the SS with their finery during World War II. When a claim such as the one above is made, a prospective buyer should insist on provenance. You are within your rights to ask to see documentation which backs up the claims.

What constitutes backing corroboration? We’re glad you asked. If an item is stated to have belonged to famous person, you may start by asking to see a photo of the person with the item. Failing that, the item should have been authenticated by a reputable authentication service. They will provide a COA (Certificate of Authenticity). When the claim is that of age or rarity, take a good long look at the item. A magnifying glass, jeweler’s loupe and a UV light are invaluable tools. Examine the piece carefully. Does it show signs of age consistent with what you’d expect? Does it look remarkably good for supposedly being centuries old? What does a Google search turn up? Sometimes, a quick Google search is your best weapon. If you’re being offered a Ming vase, there will be ways to identify it as such. If the piece is something that you feel would be in a museum if authentic, dig deeper. You don’t need to become an archeologist to get to the bottom of whether an item has good provenance or not. If the piece is purported to be a Stradivarius violin, for example, we can tell you with certainty it is not. Those are all accounted for. You won’t find the Mona Lisa at a thrift store. The real one is also accounted for. We’ve been asked a few times to authenticate a copy of famed painting Blue Boy. We can say with 100% certainty that any painting, print or lithograph of Blue Boy is not authentic. The real one is in a museum in California. Lee saw it, he’s positive it’s real. It’s also 10 feet tall which means that unless your living room is in the Taj Mahal, it won’t fit.

When it comes to claims that a certain piece was produced by a notable artist, begin researching the work of that artist. It is possible to find pieces by notable artists at thrift stores or in attics. It is not probable that you will but it has happened. One thing you should ask yourself is, is this piece consistent with other works by that artist? Picasso is known for a specific style of artistry, he is not known for an impressionist version of dogs playing poker. Similarly, Warhol is known for pop art. He did not do Thomas Kinkaide style quaint cottages. On the subject of Kinkaide, he isn’t known for nudes. If the subject matter seems, well, suspect; dig deeper. Next, ask yourself if the medium is consistent with what the artist in question is known for. Sculptors have been known to paint, painters to sculpt, such is the nature of art and creativity. However, if your purported Warhol appears to be a paint by numbers circa 1974, chances are it is not really a Warhol. Many artists preferred a particular type of paint. Some worked in oils, some water colors, some acrylics. If you are looking at a water color from an artist known for oils, take a closer look. Ask for backing documentation. Accept nothing less than an in print, verifiable COA from a reputable source. Check the source. When you’re talking about art which may be worth 10’s of thousands of dollars if not more, you can’t be too careful. There is also the signature. While it is true that some artists did not sign each and every piece they produced, if the piece is being offered as a Kinkaide or Dali or Warhol and it is unsigned, demand proof. If it reads simply “Kinkaide” chances are it is a fake. China is producing “signed” high end art very quickly these days. It is often difficult to spot the fakes. Obviously if you come across 5 “original” Van Gogh Starry Night paintings, there’s something amiss. A COA is not bulletproof. There are good copies and fake COAs floating around. We’ve heard that some less than reputable companies will authenticate anything for the right price, so be very cautious. If something seems wrong, walk away from the deal. Remember the old cliché, “If something seems too good to be true, it probably is.”

I’ll touch briefly on the possessed/haunted claim. It’s just silly. There is no certificate of actual haunting or possession that we are aware of. We shy away from making such claims as one can neither prove no disprove such things. I mean, I suppose we could bring the afflicted item home and see if anything weird happens. But, we’re sort of afraid Lily may start speaking Latin and we aren’t versed in the language. In short, there is not provenance for such claims. It’s probably a stunt to drive up interest in an otherwise mediocre piece.

Ultimately, what you choose to purchase is up to you. When you choose to purchase at auction, always insist on a preview if the item is being stated to be something of high value. Don’t accept just the word of anybody that the piece is authentic. It is certainly not possible for a person to be an expert in everything. We miss things from time to time. What we don’t do is claim something is something it is not. Any reputable auctioneer will allow for preview. A simple phone call or email to arrange for such is not out of the question. Especially when you are considering spending a considerable sum on an item, you expect to see it or hold it and we respect that. It’s your money and we don’t want you to part with it without confidence. For our part, we promise to never claim a painting of dogs playing poker was done by Thomas Kinkaide. We won’t try to sell you Hitler’s mustache comb or Marilyn’s shampoo for that matter. We will never sell you a possessed doll. Well, not to the best of our knowledge anyway.